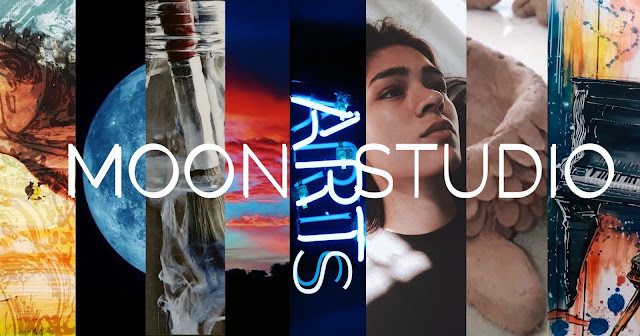 I say, 'Running hands of an artist speaks untold tales. Some made up to  the canvas, books or films yet some tales are still left to unravel.' Like the name says, it’s a place of creativity. And creativity is intelligence having fun. Moon is the representation of darkness it surrounds yet glows immensely. Arts speaks immortality which we create in order to be remembered and express emotions. And studio is a place where we see our creativity transform into reality in any form. MOON ARTS STUDIO © About: They say Artist have nothing to do except create and create… Well, An artist wants to show their art or a writer wants you to read what they’ve written. A photographer wants to share stillness he captured whereas a filmmaker definitely  wants to share a piece of someone's experience in films or cinema. You know, it's all because we don’t own limits. It's quite often an expression. A poem, story, picture, painting, sculptures  or even a song covers/album are thi
13 comments
Read more

Moon
I look at the moon and rest in darkness it surrounds.